In the past 15 years there has been a strong drive for excellence in the United Arab Emirates (UAE). However, in their strive for excellence UAE organizations depend heavily on excellence frameworks developed in the Western world. But when applying these management techniques one has to take into account the context in which they are used as literature has shown that Western management techniques cannot indiscriminately be transferred into non-Western contexts. This article describes exploratory research in which an HPO framework, as developed by de Waal (2006, 2012) is tested in the UAE context at a manufacturing company, in order to gauge whether this framework can be used successfully at an UAE organization to evaluate this organization’s performance and to point out improvements. The research results showed that the HPO Framework is able to accurately evaluate the situation of this manufacturing company and to yield targeted recommendations to improve the performance of the company.

In the past years there has been a strong drive for excellence in the United Arab Emirates (UAE) (McLaurin and Mitias, 2008; Rashid Al 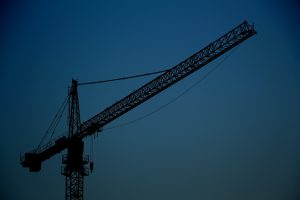 Maktoum, 2012). The rulers of the Emirates have introduced several excellence awards, both for the public and private sectors. As a result, terms such as efficiency, effectiveness, customer service and total quality management are much used in the local business world (Al Gergawi, 2009; Mansour and Jakka, 2013). In their strive for excellence UAE organizations depend heavily on excellence frameworks developed in the Western world, such as the Malcolm Baldrige Excellence model and the EFQM (European Foundation of Quality Model). However, when applying these management techniques one has to take into account the context in which they are used (Holtbrügge, 2013; Rees-Caldwell and Pinnington, 2013). Literature has shown that Western management techniques cannot indiscriminately be transferred into non-Western contexts as these techniques might not work or work in a different way in these non-Western contexts, because of the impact of local culture (Elbanna and Gherib, 2012; Matic 2008; Palrecha, 2009; Wang, 2010). At the same time research on globalization increasingly finds that the transfer of especially Western management techniques – which started to get traction with the increase of multinational and global companies – is leading to similar patterns of behavior in Western and non-Western organizations. This opens an avenue for high performance techniques – developed in the West – to be applied in the UAE (Bowman et al., 2000; Costigan et al., 2005; Zagersek et al., 2004).

This article describes exploratory research in which an HPO framework, as developed by de Waal (2006, 2012) is tested in the UAE context, in order to gauge whether this framework can be used successfully at a UAE organization to evaluate this organization’s performance and to point out improvements. The research question is therefore formulated as follows: Can de Waal’s HPO Framework be used to evaluate the performance of a UAE organization and to come up with tangible recommendations? This HPO Framework has been previously applied twice at UAE organizations, but only to identify best practices and best ideas. In this article the HPO Framework is used to the full extent (which entails conducting a questionnaire, interviews, and a feedback workshop with management) for the first time at an organization in the UAE, to evaluate its performance and to identify areas for improvement. The theoretical contribution of this research can be found in the extension of knowledge about how to implement HPO frameworks in the Middle Eastern context and about the cultural aspects which play a role in such implementations. The practical contribution will be that other UAE organizations can start using the HPO Framework as the basis for their improvement efforts, and that managers applying such frameworks can prepare themselves for the cultural aspects which might influence such improvement efforts.

High Performance Research in the UAE

Whiteoak and Manning (2012) investigated the relationship between employees’ perceptions of supervisors’ emotional intelligence and organizational outcomes in a government-run UAE organization. They uncovered that supervisors’ emotional intelligence was related to higher job satisfaction and group task satisfaction, which in turn were related to higher workgroup attachment, which was related to better organizational performance. Suliman and Al Harethi (2013) examined the relationship between perceived work climate and work performance in a UAE security organization, and found that organizational climate and its components significantly predicted work performance. Abdalla Alfaki and Ahmed (2013) assessed the impact of information and communication technology (ICT) and education on improving the technological readiness of UAE organizations and on strengthening the global competitiveness of the UAE. They concluded that ICT and education increased productivity and competitiveness of a UAE organization, but also that the UAE was still lagging behind most transformation economies with regards to technological readiness which impeded the country’s ability to absorb, adapt and create new technology and knowledge. Al-Ansaari et al. (2015) examined the role of a particular strategic orientation (technology, alliance, market orientation) of 200 small and medium-sized enterprises in the UAE, and found that market orientation had a more positive effect on business performance compared to technology and alliance orientations. Suliman and Kathairi (2013) examined the links between organizational justice, organizational commitment (i.e. employees’ loyalty) and job performance in three UAE government organizations, and found a positive relation between these factors. Shah and Dubey (2013) studied the relationship between market orientation (involving gathering intelligence about customers, competitors, channels, and intermediaries and disseminating that intelligence through various functions of an organization for implementation) and organizational performance in the financial sector of the UAE, and uncovered a strong positive correlation. Pettaway et al. (2015) identified six dimensions shaping employees’ perceptions of organizational effectiveness in a UAE institution of higher education, being a holistic impression of the organizational effectiveness of the institution; opinion of employee convenience services; views concerning employee involvement; perception of the security and appearance of the campus; opinion regarding the helpfulness of employee support services; and the organization’s focus on continuous improvement. Zacca et al. (2015) measured the impact of network capability (NC) on the performance of small enterprises in the UAE through knowledge creation and two dimensions of entrepreneurial orientation (competitive aggressiveness and innovativeness). They found that NC was positively related to knowledge creation and competitive aggressiveness and innovativeness were key mediators between knowledge creation and firm performance. Al-Dhaafri et al. (2016) looked at the joint effect of entrepreneurial orientation (EO) and total quality management (TQM) on the performance of the Dubai Police, and confirmed the positive effect of EO and TQM on organizational performance.

When looking at the literature discussed, it is conspicuous that the majority of studies are not holistic of nature, i.e. they do not look at the complete picture of the potential relationships of the processes, resources and culture in the organization and organizational outcomes, but only at possible links between a specific organizational item and performance. This type of specialist research is valuable but it does not provide a complete overview of the factors that mutually influence the performance of UAE organizations. There is therefore a risk that a UAE organization starts to focus on one factor in isolation without knowing its effects (either positive or detrimental) on other factors in the organization and in the end on organizational performance. Only three research studies found seemed to be of a holistic nature. Abdulla Badri et al. (2006) empirically…

Read the full paper from the Middle East Journal of Business in PDF.