Recently several Dutch organizations appeared negatively in the news because of several unappetizing happenings. The work climate in the Dutch Army was described as ‘rotten’, the relations between officers in a certain Dutch court were completely disturbed, and there were many mishaps and abuses in a Dutch student fraternity. Similarity between the three cases: the wrong-doings had been known for quite a while but the people involved did not dare to speak up because there existed a fear culture in their organization. This fear culture – described as (extreme) undesirable behavior which continues to exist because people involved stay silent out of fear for repercussion or exclusion from the group – often appears in organizations that have a closed and hierarchical culture. Mind you, the Dutch do not have a monopoly on such organizations, you will find them all over the world in many cultures. In fact, as Dutch culture is generally known to be quite open, it is disturbing that even in my country this can happen, let alone what happens in less open national cultures. What is also disturbing is that for decades we have known that such hierarchical and closed organizations are quite awful to work for and are economically not viable for the long term, especially not with modern generation employees that will no longer stand for being subject to a fear culture.

Isn’t it interesting to note in this respect that the HPO Framework, which was developed over a decade ago, contains a characteristic that 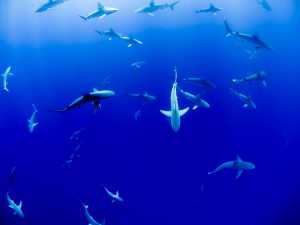 states “The organization is a secure workplace for employees”. A secure workplace is defined as ‘a stable workplace untroubled by danger and fear.’ This workplace is created by giving people a sense of safety (physical and mental) and job security and by using dismissal as a last resort. So it has been known for quite a long time that creating a safe and secure organization without a fear culture is a precondition for high performance. Which basically means that managers of those “fear culture organizations” are basically not fit for their job and incompetent to lead them. After all, letting this fear culture continue is not only a crime to individual humanity but also does not make economic sense. So managers, repent and straiten yourself and your organization out, as quickly as possible!

And to help you do this, I will describe what I have found in my HPO research regarding what HPO managers actually do to create an organization that is a safe haven for employees. HPO managers create a secure workplace by giving people a sense of psychological safety. They work on retaining employees and do not lay off people until it cannot be avoided. They create an open atmosphere in which employees can voice criticisms and concerns, put forward ideas, are heard by management, and have the freedom to act and to do their jobs as they see fit. HPO managers strive for a low employee turnover by creating an organization that looks after its employees. HPO managers also work on increasing the self-confidence of people as confident people rely less on rules and procedures, with the constant fear of breaking these, and more on their own judgment. Confident people feel more secure in their job and their activities, dare to speak up and in general behave more like high performance individuals. HPO managers make sure people know that failure to achieve the agreed upon targets will not get them fired, instead they will get trained in identified areas of weakness or will be moved in the organization to places where their skills are more appropriate.

And now say for yourself, dear manager: doesn’t everyone want to work for such an organization?