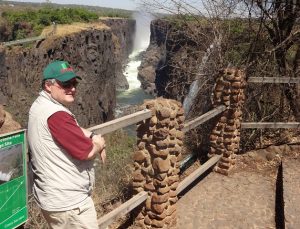 As we at the HPO Center often point out the HPO Framework has been validated in many sectors, including the governmental sector. However, we have noticed that governmental institutions often look reservedly at the framework as they feel that in a political environment it is not easy to become and stay high performing. One government who took up the HPO challenge is the Zambian government, to be more precise the Ministry of Commerce Trade and Industry (MCTI). After having performed a first HPO diagnosis last year at the Zambian Weight & Measurement Agency (ZWMA) I was invited to conduct two more diagnoses at MCTI’s institutions. So in December 2014 I went for two weeks to this beautiful country, to start with an HPO information session for people from other ministries, interested in the HPO Framework. This session was organized at the governmental conference center in Lusaka and several representatives from other ministries were present. There was a lively discussion on the HPO Framework, the advantages for government, and the relation with other techniques like Kaizen and at the end of the session great interest was expressed in taking the HPO Framework further into the Zambian government.

Next up was the HPO Diagnosis at the Competition & Consumer Protection Commission (CCPC) which is charged with the protection and enhancement of competition and consumer welfare in the economy for the benefit of the people of Zambia.

In November 2014 the HPO Questionnaire had been distributed among management and staff of CCPC and the results were first shown during a workshop with CCPC’s management at CCPC’s premises. CCPC’s HPO attention points were discussed and possible improvements were identified. The management team agreed that the results of this workshop could be taken forward to the workshop with CCPC’s employees, to ask for their input and ideas.

This workshop took place the next day on an off-site location in the outskirts of Lusaka. About half of CCPC’s employees were able to attend the meeting in which the HPO Framework was introduced and CCPC’s attention point discussed. Then the employees started to work in groups on these attention points and afterwards presented their ideas and suggestions to the group.

These suggestions were presented the next day to CCPC’s management who was very excited about the outcomes. Especially the first contours of how CCPC could look like when it becomes a High Performance Agency could count on a lot of enthusiasm: “CCPC offers faultless service delivery, gives service with a smile and enthusiasm, is a winning and flexible team, has high job satisfaction which leads to growth of the agency, and resolves problems, has openness, shows high integrity, is efficient, and has a good attitude.” The management team decided to move forward with HPO by appointing HPO Coaches who will start working on the HPO attention points in 2015, and together with management further refine CCPC’s HPO vision. Looking back at the HPO Diagnosis process, CCPC’s management team and its CEO Mr. Sampa concluded that the diagnosis re-energized the organization, it was an eye-opener about how people actually felt about CCPC and it brought people’s real feelings and opinions to the surface, and it showed that CCPC – although at the moment performing quite well – has to take different route than the current one to be able to become a full-blown HPO.

Then it was time for some relaxation. For this I visited the National Museum, to see the exhibition in honor of the 50th anniversary of Zambia’s independence.

Second week: Bringing the HPO Framework to the Zambian Government

In the second week it was the turn of the Patents and Companies Registration Agency (PACRA). This agency is charged with the registration

and administration of new patents and new businesses in Zambia and its head office is located in Lusaka.

Just as with CCPC, PACRA’s managers and employees had filled-in the HPO Questionnaire in November 2014 and the results were first reviewed with PACRA’s management team. The HPO attention points were then discussed in small groups after which possible improvements were presented plenary.

During the break-out I had a chance to catch up with Mr. Tobias Mulimbika, who is the HPO Champion of the ministry and who organized the HPO Diagnoses at CCPC, PACRA and ZWMA. In addition he is my DBA (doctor of business administration) student at Maastricht School of Management, doing a promotion on … HPO in Zambian government! It was also nice to meet Mrs Priscilla Musole Mulenga again who, as representative of the Management Development Division at the Cabinet Office, was present during the previous week’s information session and who was now watching HPO in action.

Then it was time for PACRA’s employees. As this agency has around 100 staff, it was decided to divide them into three groups, meaning there would be three consecutive HPO workshops. Each workshop built on the results of the previous one, so after three workshops there would be quite a lot of information to present to PACRA’s management team.

The workshops were conducted off-site at a nice guesthouse, where the owners very kindly prepared a special vegetarian lunch for me every day. 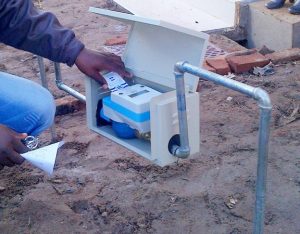 The results of the three workshops were gathered, summarized and presented to PACRA’s management during a feedback session on the last Saturday I was in Zambia. Just as with CCPC the staff had worked on a first vision of PACRA as high performance agency: “PACRA is an oasis of integrity in its service delivery. It is an effective and efficient agency where it is fun to work. It serves it clients increasingly better in registration, by reducing the period of issuing certificates through the use of electronic signatures.” This created great enthusiasm with management and they decided to take the next steps in transforming PACRA into an HPO by installing HPO Coaches, refining the new vision, and addressing the HPO attention points in 20152. As an evaluation of the HPO Diagnosis process and workshops, I received a very nice compliment from the management and PACRA’s CEO Mr. Bwembya: “These were the best workshops I have ever attended, they provided realistic and candid feedback from the staff and thus a lot of learning for management.”

Before I left for home to celebrate Christmas, there was one last function I needed to attend: the official launching of the HPO Coaches at ZWMA. For this the agency’s Coaches had organized a small gathering for the Lusaka office (the regions will get their own event in 2015) where there were speeches from ZWMA’s HR Director Mrs. Muchimba, the newly appointed CEO Mrs. Himba Cheelo, one of the HPO Coaches and myself.

But more important, there was food and drink and … dancing. I am sorry but there is no photo of me participating in this last activity :-))

After presenting my book as holiday reading, I took my leave to go back home with happy memories and knowing that I will be back early 2015 to conduct HPO Coaches training sessions with the coaches of CCPC, PACRA and ZWMA.